Tales on the Trail 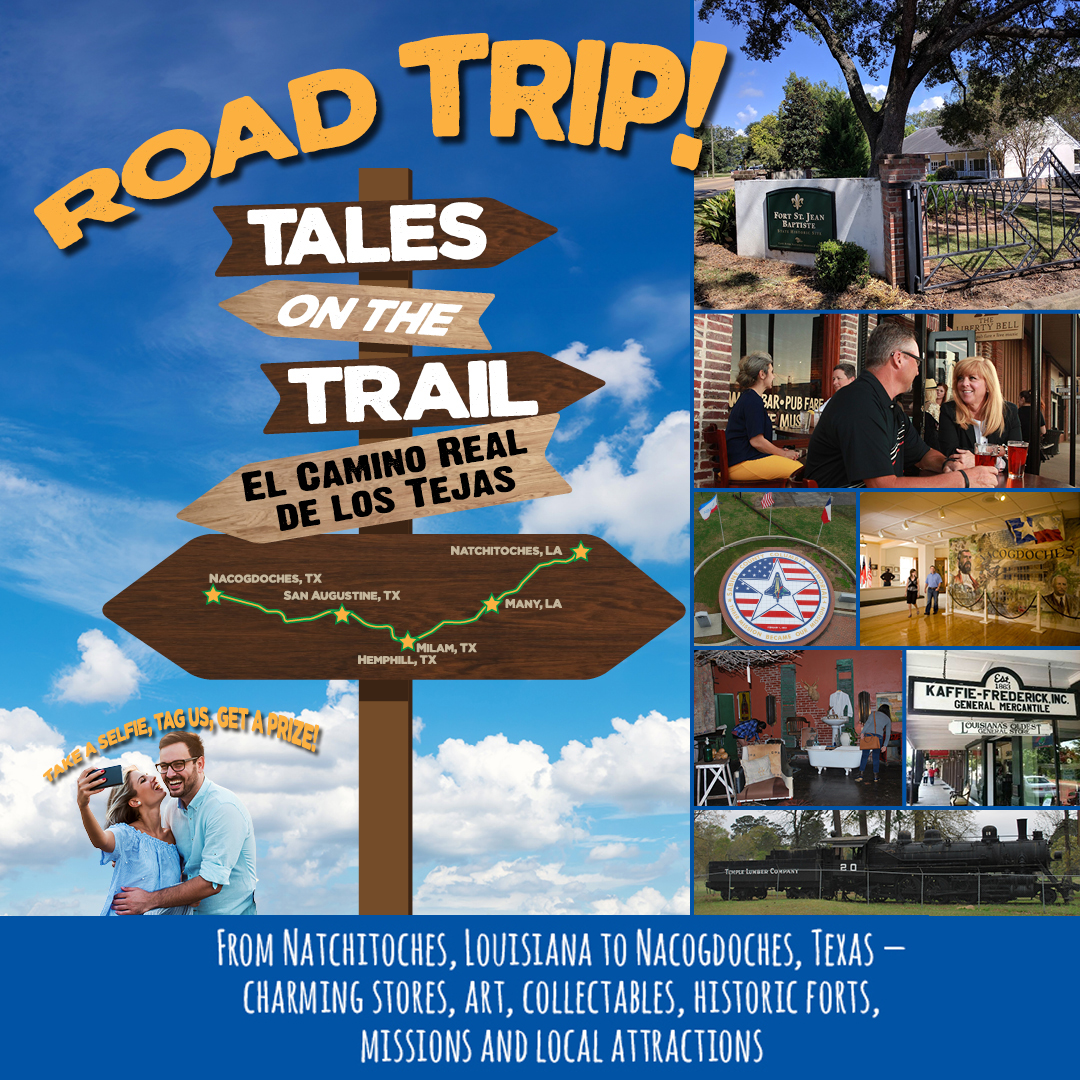 Tales on the Trail will take you along the Kings Road, the historic El Camino Real de los Tejas, from Natchitoches, LA to Nacogdoches, TX, to explore historic sites and enjoy amazing dining, shopping, and fascinating tales!

SHOP and EXPLORE the El Camino Real de los Tejas. Travel the Trail and visit charming stores with art and collectibles or find a great deal at a garage sale. Take time to explore some of Louisiana’s and Texas’ historic forts and missions, as well as enjoy local attractions. Not only will you have a great time, but TAKE A SELFIE AND WIN A PRIZE!

TAKE A TALES ON THE TRAIL SELFIE AND WIN A PRIZE 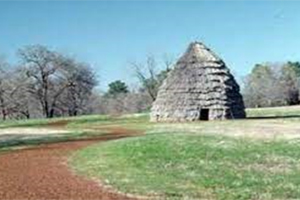 More than 1,200 years ago, a group of Caddo Indians known as the Hasinai built a village 26 miles west of present-day Nacogdoches. The site was the southwestern-most ceremonial center for the great Mound Builder culture. Today, three earthen mounds still rise from the lush Pineywoods landscape, where visitors discover the everyday life and the history of this ancient civilization.
Located at: 1649 TX-21, Alto, TX 75925
Visit Caddo Mounds State Historic Site for more information 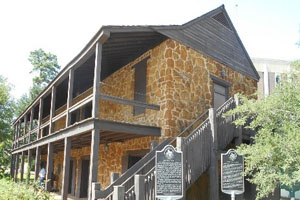 Currently located on the grounds of Stephen F Austin State University. The original structure was built by Antonio Gil Y’Barbo as a market or storage area for the town of Nacogdoches at the intersection of Old San Antonio Road an La Calle del Norte.
Located at: 1808 Alumni Dr. North, Griffith Blvd, Nacogdoches TX
Visit Stone Fort Museum for more information 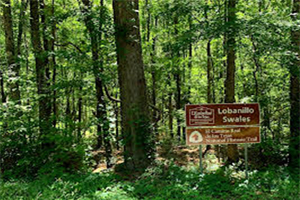 “Two sets of deep and parallel swales extend about one-quarter mile through the forest. One set of swales has seven parallel ruts reaching a depth of 18-feet and 12-feet wide. A state historic marker in nearby Geneva says that the historic Spanish rancho known as El Lobanillo was located nearby. The rancho included the pueblo of Gil Y’Barbo (1729-1809), a refuge used by his ailing mother and other refugees in 1773, when Spain evacuated colonists from western Louisiana and East Texas. It was given as a land grant to Juan Ignacio Pifermo in 1794 and inherited in the early 1800s by John Maximillian (ca. 1778-1866).”
Located at: On TX Hwy 21 east of San Augustine in the pine forest of Sabine County, TX 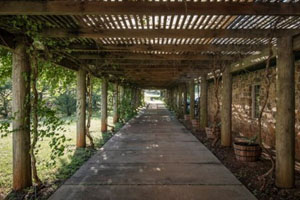 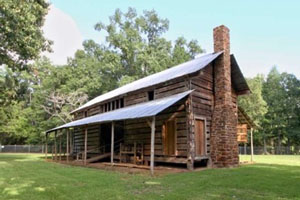 The Oliphint House is one of the earliest Pre-Republic, Anglo-American structures in Texas. This house is the only surviving structure of the early settlement of Gaines Ferry. It was located on James Gaines’ large plantation and ferry-tavern enterprise on the Sabine River crossing of the El Camino Real. Many historians say the 2-story, double pen log structure was built about 1818 by James T. Taylor Gaines; Tree ring dating done as part of the master plan in 2007 indicates the house might have been constructed as late as 1849. The Gaines Ferry site was inundated by waters of the Toledo Bend Reservoir in the late 1960’s and the Oliphint House, an exceptionally fine example of early Texas architecture, is all that remains of this early nineteenth century settlement.
Located: Located in the Pendleton Harbor Subdivision on Hwy. 21 (Highway 6 on the Louisiana side) near the Pendleton Bridge
Visit Gaines-Oliphint House for more information 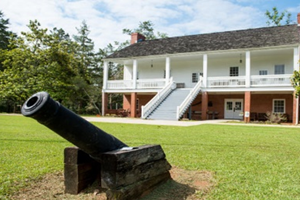 Fort Jesup is a reminder of a young nation's growing pains and a relic of Louisiana's rich international heritage. When the Louisiana Purchase Treaty of 1803 failed to clearly define the western boundary of Louisiana, which was also the western border of the country at that time, the United States claimed eastern Texas and Spain claimed western Louisiana. The ensuing dispute gave rise to the "Neutral Ground," an area where the laws of neither nation were enforced. Soldiers and settlers were kept out and rogues of various stripes ruled the region. After the territorial boundary was finally fixed at the Sabine River by the Florida Purchase Treaty of 1819, the United States built Fort Jesup in 1822. Lieutenant Colonel Zachary Taylor established and commanded the garrison.
Located at: 32 Geoghagan Rd, Many La 71449
Visit Fort Jesup State Historic Site for more information 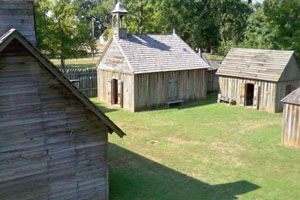 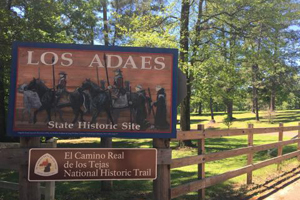 Los Adaes, the symbol of New Spain in Louisiana, was once the capital of Texas. The founding of Natchitoches in 1714 by the French resulted in Spain's establishment, within two years, of six missions and one fort in east Texas. In 1719, a French attack on nearby Mission San Miguel alarmed the Spanish and they built a new presidio, or fort, to counter any further French intrusion into Spanish territory.
Located: 6354 Hwy. 485, Robeline, LA 71449
Visit Los Adaes State Historic Site for more information

While out exploring Tales on the Trail be sure to visit local restaurants and shops in the cities along the El Camino Real Caddo Region. One hundred eleven miles between Nacogdoches and Natchitoches waiting to be discovered.