The Making of America's No. 1 Bass Fishery

How Toledo Bend Lake Became the Number One Bass Fishing Lake in the U.S. according to Bassmaster® Magazine. 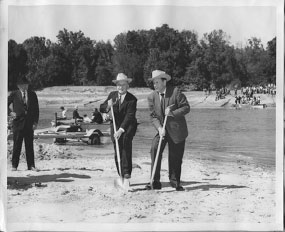 Beginning as a concept for water conservation and economic development in 1949, feasibility studies would eventually warrant legislative support. Louisiana legislators in a small flotilla of boats wound its way down the Sabine River, across the Gulf of Mexico, up the Atchafalaya River and finally up the Mississippi River to Baton Rouge in 1960 with one goal in mind: convince newly elected Gov. Jimmie Davis to support the building of the Toledo Bend Reservoir.

A savvy Toledo Bend supporter handed the governor a jug of Sabine River water emblazoned with the words “Let’s build Toledo Bend” just as a newspaper photographer snapped a photo.

When that image appeared on the front page of the newspaper the next morning, Davis was unable to disown the project. And that was one of the early major steps toward the construction of the nation’s largest reservoir built without federal funding.

At the time, no one could have envisioned the impact the 186,000 acre Toledo Bend would have on the local communities in Louisiana and Texas, and the country. For nearly 50 years, it has produced environmentally friendly hydro-electricity while attracting untold numbers of anglers to its fish-filled waters. 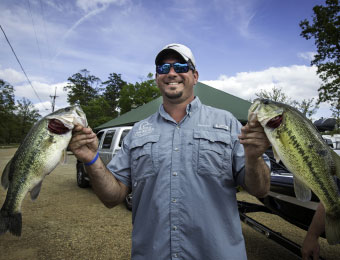 In 2015, Toledo Bend was named the No. 1 bass fishery in the United States by Bassmaster Magazine for producing double-digit fish in numbers unimaginable by the reservoir's founding fathers.

Beginning with some trees and a little fish story

But there’s more to the story of how Toledo Bend rose from simply being the largest man-made body of water in the South to a trophy fishery that annually draws thousands of anglers from around the country. First, is the structure of the lake.

“This is a very unusual lake by the very nature of what it is,” long-time guide John Dean Jr. noted. “It’s a flooded forest.”

Toledo Bend Lake Country’s Linda Curtis-Sparks, who has championed the reservoir since 1989, noted this structure as one of the things that makes the lake so productive. 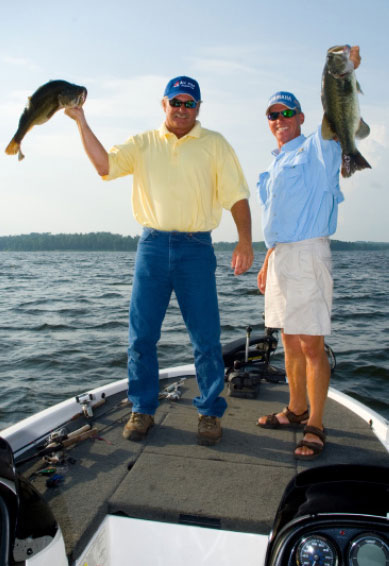 For 46 years, the lake has consistently ranked as a top fishing destination among traveling anglers who enjoyed a vibrant fishery. Hundreds of tournaments have been held annually, and even national circuits including Bassmaster and FLW have made regular stops.

The move from a great fishery to the nation’s No. 1 fishery really began in 1990, when the Sabine River Authority of Louisiana, the Texas Department of Parks and Wildlife, the Louisiana Department of Wildlife and Fisheries, and the Toledo Bend Lake Association (TBLA) began pumping more than 28 million Floridastrain largemouth bass fingerlings into the massive reservoir. The effectiveness of placing fast-growing Florida bass into the lake can be seen in the numbers of double-digit fish entered into the TBLA’s Toledo Bend Lunker Program, which offers free replicas to every angler who catches a bass larger than 10 pounds, enters it into the program and agrees to release it.

Since the Lunker Program’s founding in 1993 through August 2015, 691 double-digit bass have been caught, entered into the Texas and Louisiana lunker program and released back into the
lake to continue the trophy legacy.

The Toledo Bend Lake Association’s Lunker Program, offers free replicas to every angler who catches a bass larger than 10 pounds, enters it into the program and agrees to release it.

Shown here is Darold Gleason with his 3 lunker bass caught in one year. 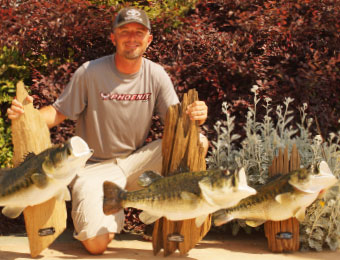 In 2011, the lake began bottoming out. Marinas closed
because boats could only launch at a handful of sites.
And, once anglers finally got on the water, it was tough
navigating because stumps were a danger even in the
boat lanes.

Then Mother Nature stepped in, dropping enough rain to
send water levels soaring to the normal operating level of
more than 168 feet.

The natural drawdown exposed the shoreline and allowed
vegetation to grow, and fisheries managers encouraged
anglers to be patient because great things were going to
happen when the lake returned to normal.

“The biologists told us it would be almost like a new
impoundment,” Curtis-Sparks said.

“It was a coming together of an ideal habitat and ideal
genes to create the environment for these bass,” noted
lead biologist Kristie Butler at the Louisiana Booker-
Fowler Hatchery. 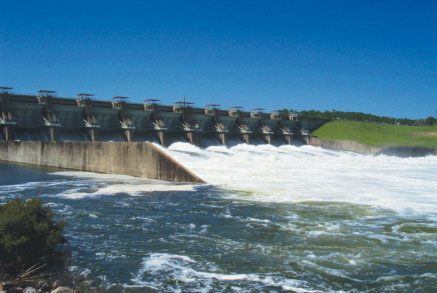 And, just as predicted, the fishery exploded when the
drought broke and water levels soared.

Trophy bass began showing up almost immediately. In
2012, the year the lake refilled, 29 double-digit bass were
recorded. That number more than doubled the following
year, with 59 bass topping the 10-pound mark registered
into the Lunker Program. 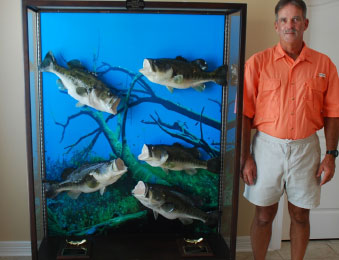 The production of 10-pound-plus bass eventually caught the eye of Bassmaster® Magazine, culminating in the naming of Toledo Bend as the nation’s No. 1 bass fishery.

But Curtis-Sparks said the trophy fishery would not have been possible without the dedication of the Louisiana Department of Wildlife and Fisheries, the Texas Department of Parks and Wildlife, SRA of Louisiana and generations of volunteers with TBLA who ensured work never stopped.

“You didn’t have the same drivers all the way through this,” she said. “People just caught the passion. It was a constant effort, and new people just continue stepping up.”